My core interests and specialist expertise are in enterprise data strategy, data capability development and data-driven organisational change. My work focuses on building the operational and people-focused capabilities, which are essential for ensuring that data enables businesses to work more effectively, make better decisions and achieve their goals.


Businesses have been around for a long time. The Japanese construction firm Kongō Gumi was founded in 578 AD and operated successfully for over 1400 years, until it was absorbed as a subsidiary of Takamatsu in 2006. Kongō Gumi operated robustly for more than a millennium, and was therefore certainly an intelligent business. And it’s not the only one. There are over 970 companies operating today, either in whole or in part, that are over 300 years old.

But modern business intelligence technology didn’t start to appear until the late 1950s, when IBM invented the hard disk and their computer scientist Hans Peter Luhn recognised the potential of BI. It then took another three decades for data and analysis technology to evolve into something practical enough for businesses to use.

The answers lie behind the fact that business intelligence isn’t defined by technology. It’s defined by the way that a business works.

For a business to extract real value from BI technology, it must first truly understand the processes by which it will achieve its goals. Only then can it really know what information will help those processes to attain those goals, and therefore what the business needs its BI technology to deliver.

Putting BI technology before strategic planning and business analysis is one of the most common BI mistakes I see. It’s like handing a telescopic rifle to a primitive hunter, who spends days stalking small prey with a spear. Before the rifle can be valuable to the hunter, he must first see that he’d save time and energy if he didn’t need to stalk his prey. And that he could hunt larger, more dangerous animals if he didn’t need to get so close. If he fails to consider alternative processes for achieving greater goals, he’ll continue stalking the same small prey. Whereupon he’ll throw the rifle at it and conclude that it’s a very poor weapon indeed, before reverting to his spear.

In BI terms, this is the same as someone deciding that advanced analysis tools aren’t as good as the trusty old spreadsheets they were used to working with, and sticking to using those thank-you very much. If this sounds familiar, it’s because BI tools are often very capable of making a real difference to a business’s success, but they don’t get the chance because they aren’t sufficiently coupled with analysis that reveals why and how they should be used.

The key to achieving true business intelligence is to make BI a part of business strategy, not IT strategy, by recognising that intelligence isn’t defined by the possession of tools, but by a cognisance of objectives and how to achieve them. Apply this principle in your business by putting BI technology to one side for a moment, and making sure first that the people in your business understand its goals and processes, before selecting and applying the right BI tools to help do the job.

Strive to be an intelligent business first, before being a business that possesses BI technology, as the two things are most certainly not one and the same.

Next: Natural Selection Isn’t Just for Nature; It Can Be How BI Value Evolves, Too → 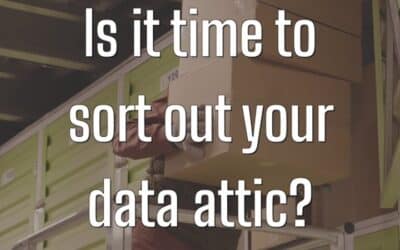 Is It Time To Sort Out Your Data Attic?

Clearing out your data attic How to discover and prioritise your business’s most important data. The first step to... 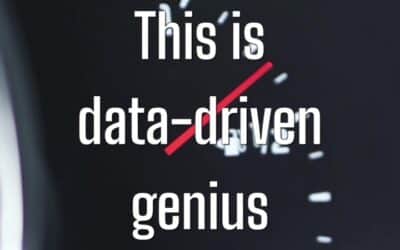 This Is Data-Driven Genius

KPIs and why a fuel-gauge is data-driven genius. While driving you take a quick glance down to your dashboard and...

Know What? So What? Now What?

Know What? So What? Now What? "Why do we have so many dashboards that so few people actually use? Why is it so hard to...